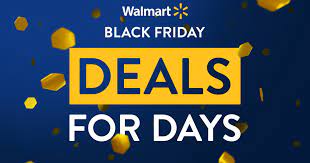 Black Friday, these words bring thoughts of a rush into a store and a constant pandemonium, oddly enough just one day after we got done being thankful for what we have. However, the usual Black Friday that comes to mind may not be what we see once again this year.

With Covid regulation still lingering, many stores, such as Target and Walmart, are having sales throughout the month of November rather than one big sale after Thanksgiving.

Many people are enthusiastic of this type of “new” Black Friday.

“I think it is a good way to keep people excited and give them more time for shopping,” said Garrett Shurig, who was shopping at the Target store in Springfield on the Sunday before Thanksgiving. “I don’t think that everybody likes the big rush into a store and to get pushed and shoved when trying to get a toy for their child. I also think it is really beneficial to the elderly who couldn’t get the good deals due to the bigger crowds, and it just gives everyone more time to get a good deal on the products they want.”

Ethan Thomas, a Lincoln Land student, is also a fan of the early deals.

Matthew Hendricks, also shopping at Target before Thanksgiving, is with the majority loving the idea of spread-out sales rather than just one big one.

“I think the new type of Black Friday is better for everyone,” Hendricks said. “It prevents people from storming businesses and potentially endangering workers and other shoppers, I am surprised that it took this long to make a change to Black Friday, but I love the way that it is done now.”

He continued to express his support for the “new” Black Friday by saying: “It just makes everything more fairly for everyone. Thanksgiving is a tine for family and being grateful for what you have, and I always felt that Black Friday contradicts that, with people trampling each other just to get an Xbox or a PlayStation.

Gabe Huddleston, another Target shopper, thinks that this change in the way Black Friday is done was inevitable.

“I like the new way these sales are being done,” Huddleston said. “And it makes more sense for both the consumer and the business itself. It maximizes sales for the business and makes the trip safer for the consumer, it’s a win-win for both sides, and I hope it stays this way.”

Although convenient, the thrill of Black Friday isn’t what it used to be with these deals lingering throughout the month. Many people looked forward to diving into the great deals that were given out and it was almost like a second holiday to some people.

Both Shurig and Thomas agreed that it sort of kills the “Black Friday” feeling.

Shurig said: “I think it sort of makes Black Friday itself less of a big deal than it used to be, the deals are good but there isn’t as much hype surrounding that day than there used to be.”

Thomas had a similar view from the idea of black Friday itself: “When it comes to black Friday, it sort of kills the rush that I used to get when it was time to go shopping. It was always fun to go and get these great deals with my friends and make a big thing out of it. I understand why we need to spread it all out, but it doesn’t really feel like Black Friday when you can get the deals anytime of the day during the week.”

“It’s kind of weird to be honest,” Givens said. “A lot of people take this type of stuff seriously, and I feel like it could be messing with a lot of peoples holiday routines. It could be good for business I guess and bring in more total people. It really just sort of depends what type of business you are in. I not a huge fan of it really but with the virus still lingering around you got to do what you got to do.”

Some are in favor, some are against it but at the end of the day we are not going to see the same black Friday that we are entirely used to. Stores need to do what they can to keep people safe and to keep the holiday sales afloat.

So this new type of black Friday we are seeing may be here for the distant future if it keeps consumers happy and is the safest way to make sure as many people as possible get the holiday deals they want.