Book Review: The Upside of Falling 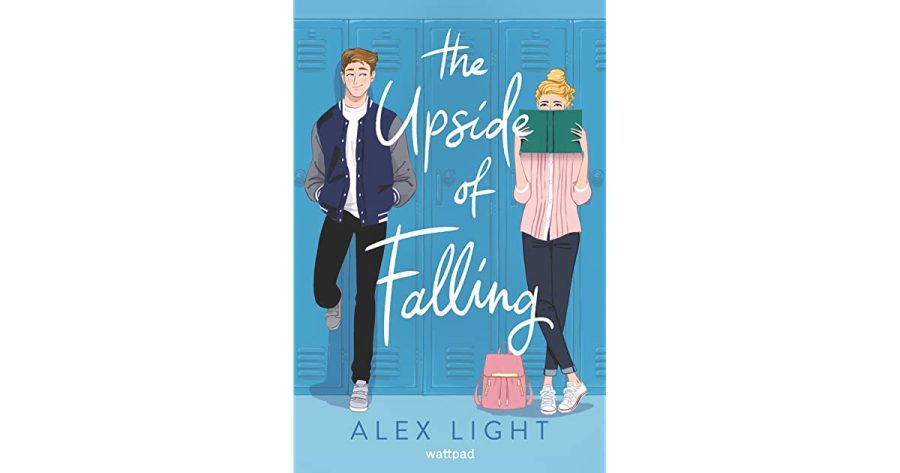 An upcoming young adult story about a seventeen-year-old girl Becca Hart and captain of the football team, Brett Wells join together pretending to be in a relationship to prove to Becca’s ex-best friend that she can be in a relationship. Nonetheless, Becca never believed in true love after her father walked out on her and her mother. Soon after Becca is fake dating the jock, will she begin to have real feelings towards the jock, or will she stick back into reading romance novels?

“The Upside of Falling” book is a romance novel about two young teenagers trusting each other to fake date each other proving to her ex-best friend she can have a fun life without just involving with studying for her tests and always reading love novels. Coming from my point of view, I really dislike romance novels.

Not just because it’s cliche but it bores me out. However, this novel really took its toll on another level. Probably because the book itself not only is focusing on the two teens but it brings out such serious topics as divorce. It certainly has the readers such as me relate to the characters.

The setting takes place at Eastwood high school in a small town. However, the main character, Becca does not believe in the risk of love, or the fact love exists due to her father leaving her mother. Everything Becca believes became challenging when the second main character Brett Wells, the football jock, kisses her in the school hallways in front of Becca’s ex-best friend, Jessica, claiming to be her boyfriend. With this, they decided to become fake boyfriend, girlfriend.

Both Becca and Bret have their own differences in agreeing to be in a fake relationship. However, they did not expect their own little bubble would flip upside down when the truth reveals within their family secrets. Bret is dealing with the truth about his picture “perfect” loving parents while Becca cannot let go of the past. As Becca begins to be around Brett she wonders if she truly has feelings for him or if she should bottle her feelings together.

The novel, “The Upside of Falling” is written from the point of views of Becca and Brett. In which they both express their differences and feelings about each other. Readers can understand how Becca and Brett unravel themselves from both perspectives.

Nonetheless, the novel does have its downfall. There are certain parts of the book I feel like that didn’t quite meet my expectations. I fully understand that the novel is a cliche romance novel, but it some cases, it seemed a bit rushed.

But then yet again, it is a cliche novel, therefore, there isn’t much to criticize about.

Overall, I believe this is a beautifully well-written novel about two teenagers who share their differences in agreeing to fake date each other. There are ups and downs inside the novel. The book is perfect for people who enjoy romance novels such as me. The readers can relate to the characters in some cases since there is some serious topics that is discussed in the story. I have to say, I have to rate this book an 8.5/10. It’s great for young adults and teens who are in high school who like romance novels, there are great character developments, and definitely twists and turns.