Look at memorable stories in The Lamp 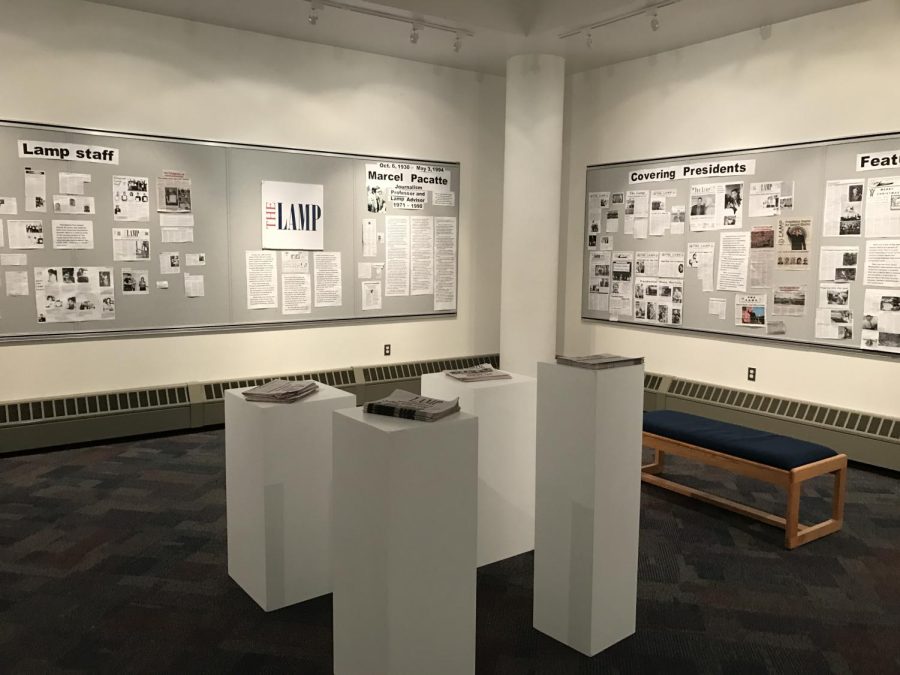 In the Fall of 1968, The Lamp, the official Lincoln Land Community College newspaper, opened. And in April 2014, The Lamp’s first online article was published, titled “Students operate LLCC’s Bistro Verde Restaurant.” Now finishing its 54th year, this magazine commemorates the last print edition of The Lamp. To honor this special moment, we take a look back at some of the most notable stories in our history. The following is a timeline of some of these momentous events.

In the Fall of 1968 The Lamp, the official Lincoln Land Community College newspaper, published its first paper

April 2014: The Lamp’s first online article is posted to thelamponline.com.

February 2015: Police train LLCC community how to react to a shooter

Back in 2015, the LLCC police estimated there had been about 70 active shooter events in the U.S. during the last four years.

On the morning of Jan.19, 2016, many LLCC students were devastated and shocked to discover, Nikki Maxey, a culinary arts student at LLCC, died after being stabbed multiple times.

October 2017: Is Bitcoin the new currency?

Chris McDonald spoke at UIS on Britain’s decision to leave the European Union, the referendum campaign, election results and issues with separation strategies and possible outcomes.

“The Lamp believes that student papers should enjoy First Amendment rights just as any other type of publication does.” Many student bodies don’t receiving vital information from a newspaper.

A group of Lamp staffers record the paper’s first podcast, talking about the Super Bowl and other issues in a roundtable discussion.

In April of 2020, unemployment leapt to levels not seen since the Great Depression of the 1930s. Due to the pandemic, 1 in 6 Americans lost their jobs.

Florida’s “Don’t Say Gay” bill has affected many and sparked debate across the country. The bill bans the discussion of gender identity or sexual orientation from up to third grade.