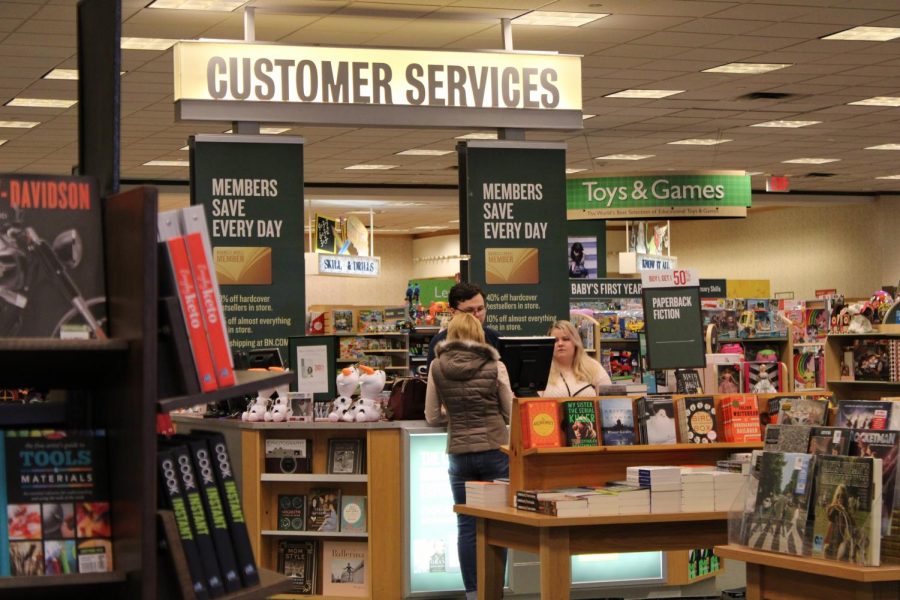 Lincoln Land is dedicated to cultivating a generation of leaders who will go on to be influencers in their communities. The education program at the community college is no exception from this statement. This October one education class is focused on changing the community one step at a time.

Diversity of Schools and Society or EDU 220 is a course that aims to make future educators aware of the injustices that students are facing in schools right now and equips then them to better approach unfair situations or avoid them altogether.

The professor of the course, Taibeh Hosseinali, assigns a big task to her students every semester.

The Make a Difference Project is for EDU 220 students to plan and organize a service project that will benefit the Springfield area community, specifically youth.

“The whole point of it is to hone in on how to make an impact in the lives of school-aged children.” Casey Hutchinson, a group project leader, says.

“It’s very important because it teaches community service.” Hutchinson hopes that this act of kindness will inspire students to make differences in their own little communities.

The group leader goes on to say, “It is important to get the community around you to realize how important school-aged children are how you can make an impact in their lives at any age.”

The community service project has called two teams to action, both are comprised of EDU 220 students. The team Casey is working with includes Karissa Hurst, Lauren Dambacher, Daneece Anderson, and Robby McQuinn.

“When I was doing my observations at Southeast, I couldn’t help but to notice how small the libraries are in each classroom,” Hutchinson says

What the group wants to do is expand on the libraries in Southeast by building them a new bookshelf and hosting a book fair at Barnes&Noble that will raise funds for putting new books in that new bookshelf. The bookfair will be held on October 24th. Patrons can donate by mentioning the Southeast fund at the checkout.

“Our goal is to look at Southeast High School’s library and teacher’s classroom libraries and really focus on growing them, so students have better access to literature tools to grow their mindsets.”

This project is more than just a grade to these students. Each person is taking responsibility for their own tasks in this project.

“We each have a role to hopefully help at least one student want to learn with these new books,” group member Lauren Dambacher says.

The group wants to assign roles for each member, someone who can oversee taking care of one part of the project, such as recording the group’s progress or keeping track of funds.

Hutchinson, as a leader of this group project, is mostly concerned about making things happen. “My role is just to really spearhead this project and make sure we get the biggest and best results for Southeast,” he says.

EDU 220 is responsible for Make a Difference Projects per semester. Jennifer Emerich, the group leader of a separate project is excited to shed some light in the lives of inner-city youth.

“For our service project, we will be doing a hoodie drive for an amazing local organization called, the James Project,” Emerich says

The James Project is a non-profit Christian organization that is dedicated to helping foster families in the Sangamon County area. It is located here in Springfield.

“They do many things; they actually have homes that they have for families! But the thing that we’re going to contribute to is called closet 101.” Emerich explains.

Closet 101 is where the James Project asks the community to donate hoodies for students in their system. Emerich adds that hoodies for middle school and high schoolers would be best.

Their project is about getting donations from as many outlets as possible. They are asking for donations from retail stores, people in the community and Lincoln Land students and staff.

They will be posting a letter around a school telling the people of LLCC what to do to get involved with the project.

Emerich added that they are going to start a partnership with Twig’s Bakery on Toronto Road.

“They are posting [the letter] in their store so people can come in and drop off their hoodies,” Emerich says. The bakery will do this over a two-week period. There will also be a donation jar for monetary gifts in the store as well.

Whatever funds that this group raises goes toward buying new hoodies that will be donated to the James Project.

Both groups doing this project have Facebook pages where people can find out more information about their projects. People can make a donation that goes towards a cause through each page.

Hutchinson’s group is more than happy to share their love of reading by giving back to their community in this way.

“As a future educator, this project is extremely important to me. If we can get at least one student to discover, or re-discover a love for reading, then I would say this project is a monumental success,” group member Karissa Hurst says.

For Emerich, making a difference in her community today is just preparing her to take extra steps like this in the future.

“I have thought a lot about the videos and the words of our professor, and it really made an impact on me.” Emerich is referring to the clips that her professor showed her from the 2001 documentary titled People Like Us that showcases the lives of people in different social classes, and the discussion the class had afterward.

“Then it dawned on me, this is what we are doing with the making a difference project! It’s our way of saying, as future educators, that we choose to carry the individual responsibility to care for those who cannot care for theme-selves. We choose to go the extra mile and make a difference in others’ lives.” To Emerich, this is what the project is about.

The Southeast Book Fair is Thursday, October 24th. Emerich’s group is accepting donations on their GoFundMe account up to up until November 6th.