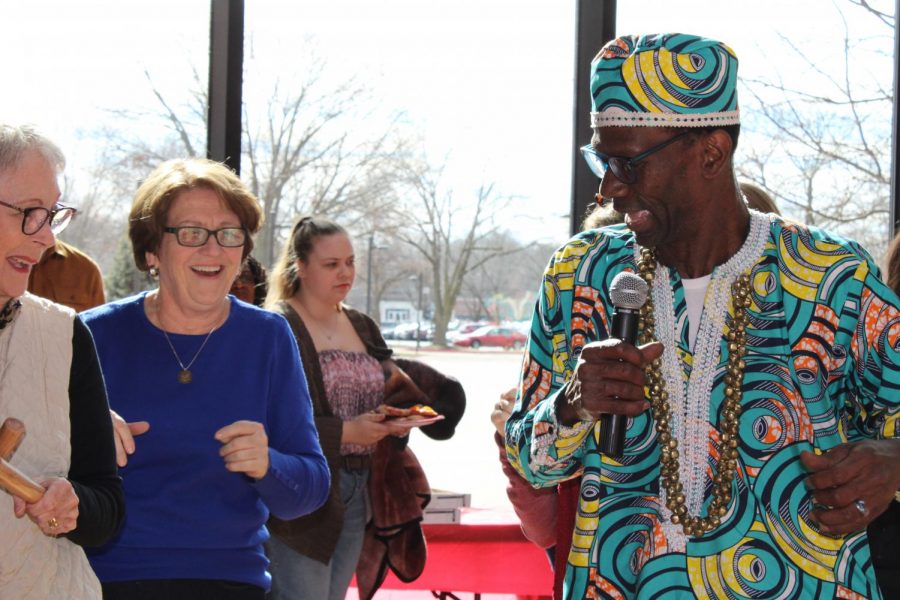 Roosevelt Pratt encourages his audience to dance and play along with the drummers.

Black History Month has kicked off at LLCC. There will be several events happening all month that celebrate the lives and achievements of African-American people.

Feb. 3 was the official kickoff event that took place in the A. Lincoln Commons from noon to 1:30 p.m. The event featured two named performances: Roosevelt Pratt with the African Drum Dance Ensemble and LLCC student Torch_Nation. 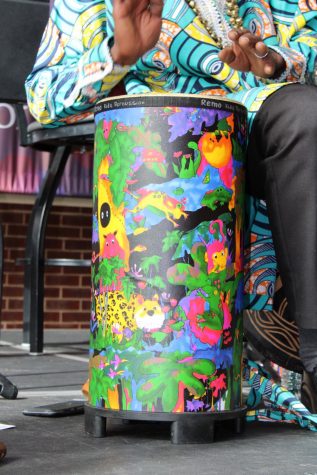 Regina IvyRoosevelt Pratt’s drum he played on the day of the Kickoff event. Pratt owns and operates the African Hut where he sells drums and even gives lessons in traditional African drumming.